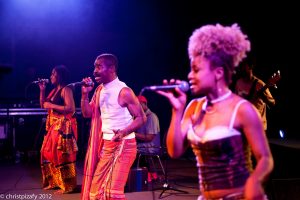 Jaojoby is commonly recognised as the most popular singer in Madagascar and the Indian Ocean islands and is widely referred to as the “King of Salegy”.

His success has earned him such honors as Artist of the Year in Madagascar for two consecutive years (1998–1999) and the role of Goodwill Ambassador for the United Nations Population Fund in 1999.