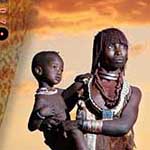 Sonto Khumalo was part of Mbongeni Ngema’s Sarafina, both the stage and a movie version. She toured Europe and America with many of Ngema’s theatre productions. She worked with Lucky Dube, Hugh Masekela and Thandiswa Mazwai to name just a few. She have toured European countries including the U.K. Germany, Holland and most of South America, to name but a few. Locally she is involved in many cultural music festivals.

Nomhle Nongogo is one of Mzansi’s newest song sensations. Her debut release “Ikwezi” in 2011 received national acclaim and two South African Music Award nominations. The phenomenal musician began her career in 2002 when she joined Joyous Celebration before becoming one of the country’s most sought after backing vocalists. She went on to work with other amazing artists like HHP, Thandiswa Mazwai, JR, Unathi Msengana and many more.

Her album chants the African Pride and conveys a message of hope, it also tackles social issues. She becomes the voice of communities through her unique sound (Afro Traditional Funk) and her strong, beautiful voice. Her first single “Ingane ka Makhelwane” ft. Zuluboy tells the story of losing her neighbour to HIV/AIDS. Each song on the album has a subject matter, the music influenced by sounds around the continent.