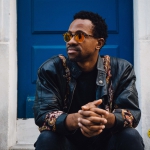 Samito is a singer-songwriter, producer and performer whose distinct blend of electro, afro and indie vibes bear the marks of the three cities he has lived in: Maputo, Cape Town and Montréal. In 2016 Samito made his first mark with his hit “Tiku La Hina” on Costume Records. This record was streamed and played around the world propelling him into the global club scene and countless live stages. 2016 also saw the release of “Cem Cem (feat. Mabika & Muneshine)” on French fashion + music Label Kitsuné and ‘’I Saw You’’, a collaboration with Man Recordings boss Daniel Haaksman, who co-produced the song. To put it short, Samito is out to roll!