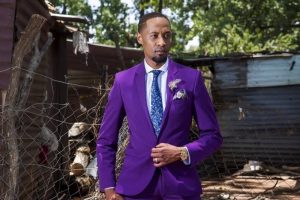 Transcending the underground with the utmost credibility, BatsileRamasodi is undoubtedly and unmistakably a burgeoning force within the entertainment and performance arts realms. With more aliases than James Bond, this multifaceted performer is commonly known to the entertainment world as “B.O.Y Wonder”, a persona well known for delivering crazy yet memorable and energy filled stage antics.

Hailing from the streets of the western townships of Tshwane Pretoria better known as Atteridgeville, it is there where “B.O.YWonder” forged his path in becoming a multi-disciplined performer whose talent knows no bounds. This saw him being dubbed “Jack of all trades” by his fellow colleagues and affiliates in the industry.This is testament in his ability to transform himself from a “kick ass” street performer, mime, MC, comedian, rapper, theatrical stage performer to a mainstream television actor with effortless ease. It is these acumens that have seen this young modern maverick inducted in the class of a new generation of industry leaders in the South African entertainment scene.