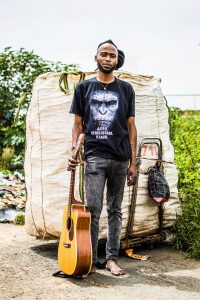 Rocksteady.Live is a rock reggae solo artist born in Mozambique, the vocalist and guitarist has been in the industry for more than a decade. Signed a publishing deal with Sony atv in 2013, released three albums to date tile One World Citizen 2007, Steadyrock As Agent Provocateur In Musiocracy 2009 and New World Radio 2013. He’s had the opportunity to perform at major festivals such as Woodstock, Oppikopi, the @010 world cup kick off concert alongside John Legend, The Black eyed peas to mention a few.