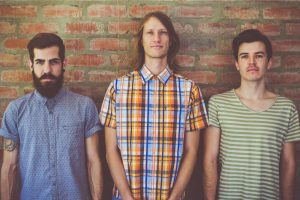 Sutherland, an Indie folk band based in Johannesburg, consist of Misty, Ren and Chris who decided to start the band after a fun jam down at their local park. The trio played with a few ideas and in 2013 officially started the band. Working to produce their sound decided to record their debut EP ‘The Invisible’ at High Seas Studios (famed for recording Shortstraw’s (Good Morning, Sunshine, Youthless) and Desmond and the Tutus’ (Enjoy Youself)) with producers Jacques du Plessis and Adrian Erasmus. Having played alongside some of South Africa’s greats as well as some internationals, the band are looking forward to touring, releasing more material in 2016 as well as playing to their fans around the country.